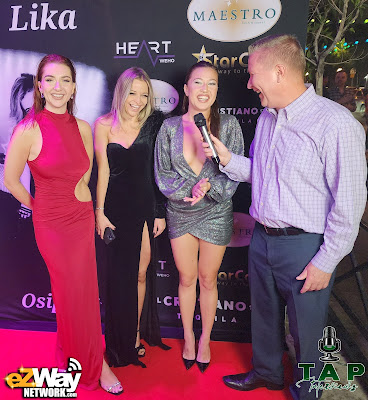 Greetings from Matt J. Doyle, a member of the eZWay Family & user of a successful eZWay Wall of Fame Profile!

Members of the eZWay Media Family attended including Doug Ferguson, Derrick Huchinson & myself. 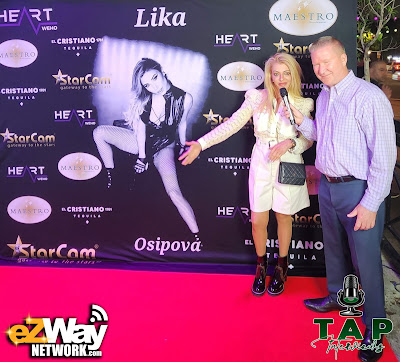 The Osipova Family & friends were at the event, which included Lika's amazing “Dolce Vita with my bae” Live & Music video PREMIERE!

I was doing TAP Interviews for the Internet & eZWay TV Network on the red carpet where attendees achieved valuable media exposure & IMDb Credits!

Other Patrons & Celebs were there as well. Including Film Producers, Directors, Actors, Artists, Writers, Celebrities, Realtors & other Influential People!

It was a great chance to network & be Professionally photographed & Interviewed, again while picking up valuable exposure & IMDb Credits!

This was another amazing eZWay event invite, where attendees & eZWay Wall of Fame members were able to continue to benefit their success and connect with the best the eZWay!

Following is eZWay TAP Interviews video playlist from the event!

Please feel free to become a Member of team eZWay, then an affiliate utilizing the below link, and then promote your affiliate link to earn $$$money.

We appreciate your support!

Matt J. Doyle (EWOF) Affiliate Link to sign up for your FREE profile, then register and/or become an affiliate!

Thank you and may God Bless you!

Posted by mrmattjdoyle at 11:41 AM