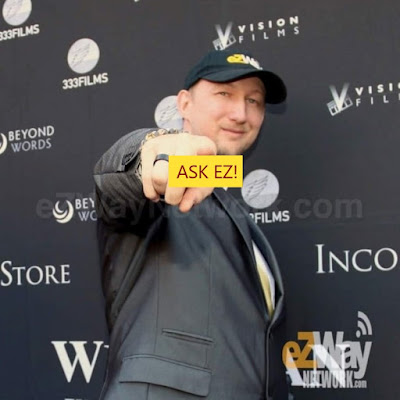 He's been on over 10 covers of magazines, he is the author of "The Influence Effect" a soon to be Amazon Best Seller when it releases he's had his own billboard on New York's Times Square, Produced over 8 tv shows and acted in 8 movies, he was the face of Axe Body Spray acting as the MUSIC STAR for the brand. The commercial aired all over south america. via his IMDB accredited shows The EZ Show and EZ TALK LIVE he's has interviewed over 1500 celebrities business owners and CEO's.

Eric's become the portal between multimedia and business to business, he specializes in Influence acceleration.

I will keep you updated on all things to do with Matt J. Doyle and team eZWay, via this blog.

We'd love to hear from you!

Please also be sure to check out my website blog page.